There has been little opportunity for the field of underwater archaeology, particularly in the US, to discuss university education, employer needs, and student expectations. Students might have one notion of the qualifications they need to get a job, while employers may be seeking other skills, and further still, academics might be teaching a completely different set of proficiencies. I don’t know how many times as a professor I’ve heard and employer say, “I need a new graduate student who can do this, this and this. You just don’t train them to do what they need.” The reality is that the student would have to be in school for eight years to get that training if, and only if, the university had the high tech equipment (i.e. ROV, AUV, etc.) to train them (sadly many programs don’t have that gear). 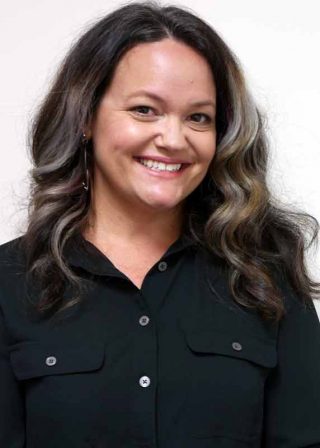 ’ve also heard students state, “I need this specific skill/dive qualification to get a job when I graduate.” The reality is that I can think of only one job that actually would require that skill, and if instead they just learned how to write a report, they’d be suited for any job out there. Finally, I’ve seen professors pull out and dust off an old piece of equipment with which they are comfortable and teach the students how to use it when technology has progressed and we need to be teaching the students on the latest technology. This disconnect between education and employment can be alleviated if we all work together to fill our gap in knowledge about the skills students need.

As a result of this gap in knowledge, ACUA formed a subcommittee aimed at collecting information about the skills and professional qualifications that are desirable within the field of maritime archaeology and to create a ‘benchmark’ for enhancing teaching and learning outcomes for employers, students, and academics. Benchmarking can be helpful in shedding light on current and ongoing issues affecting the discipline, providing a basis for improving academic teaching and learning, and addressing unrealistic expectations of students and employers. Additionally, it can identify and provide a common set of statements about the professional qualifications and skills expected of recent maritime archeology graduates.

The first action of the subcommittee was in 2014, when we developed a Job Market and Benchmarking Survey project to investigate perceived and real deficiencies in professional qualifications of students. The project was designed to conduct three separate surveys of employers, students, and faculty in the field of underwater archaeology to identify the types of skills and qualifications employers, academics, and students felt newly graduated students should possess.

The first survey conducted in 2014, targeted employers of maritime and underwater archaeologists. The committee created an employer list with a total of 108 individuals who represented state and federal agencies, CRM companies, non-profits, museums, and other organizations. Individuals were contacted via email to participate in the survey and a total of 29 individuals responded with a response rate of nearly 27 percent. No personally identifiable information was collected or associated with responses and all responses were presented in aggregate form. The employer survey results were published in the SHA conference proceedings and can be downloaded here (Harris and McKinnon 2015).

In response to the employer survey, we created and administered a second survey in late 2014 to target enrolled graduate students. Where possible, the questions given to students mirrored those given in the previous employer survey, although a few additional questions were added to tease out student-specific issues. An email inviting students to participate in the survey went to Chairs and Directors of programs for distribution. The survey was open for approximately two weeks and a total of 31 students responded to the survey. With no way to calculate how many students were currently enrolled, no response rate can be identified, however it is estimated approximately 25-30% of students participated. Again, no personally identifiable information was collected or associated with the responses and the results were presented in aggregate form. While the results were reported to the ACUA, they weren’t published because a faculty survey was planned next.

In 2017, we conducted the third survey to collect faculty data on the same set of questions. All attempts were made to repeat the same questions in previous surveys, although some questions needed adjusting. An email inviting faculty teaching in maritime and underwater archaeology went to a list of faculty identified and generated by the ACUA committee. The survey was open for just over two weeks and a total of 14 out of 31 targeted faculty responded to the survey for a sample rate of 45%. No personally identifiable information was collected, and the results were aggregated.

Following the final survey, all three survey data sets were aggregated and compared and some interesting results followed. Check out the ACUA BenCHMarking Survey combined results for the combined results and look for the final publication later this year or early next!

For all those who participated, thanks for doing so…you’ve contributed to our growing knowledge of the field and skills we all need! Special acknowledgements to the committee members including Dr. Alexis Catsambis, Ms. Kimberly Faulk, Dr. Lynn Harris, and Dr. Amy Mitchell-Cook.