Sunday the 25th of October

It is with sorrow that the ACUA mourns the passing of Wilburn “Sonny” Cockrell, an early ACUA Board member and pioneer underwater archaeologist. Sonny passed away October 8, 2014 in Tallahassee, Florida at age 73. 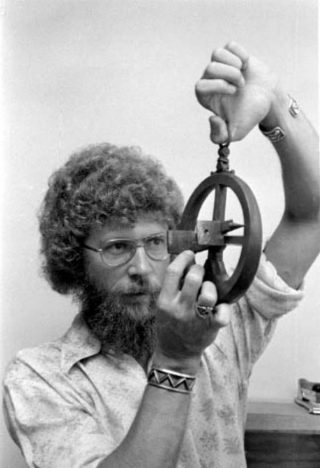 Sonny Cockrell demonstrating the use of an astrolabe while he was Florida State Underwater Archaeologist. Photo credit: State Archives of Florida, Florida Memory, http://floridamemory.com/items/show/10967

During his time on the ACUA, Sonny worked unstintingly to thwart treasure hunting and site looting of all submerged archaeological sites. He was an early and vocal proponent of shipwreck stewardship and advocated professional investigation of them commensurate with historical sites on land. He rejected all rationales for treating shipwrecks differently than land sites. In the 1970s, during the height of Florida treasure hunting, Sonny’s efforts as the Florida State Underwater Archaeologist lead to treasure hunting’s decline in Florida, other states and nations. Sonny stood up for underwater archaeological sites when few others did and it was very difficult to do so, and when it mattered.