This past January I attended the Advisory Council on Underwater Archaeology (ACUA) board meeting as a representative for the Museum of Underwater Archaeology (MUA) as I have done for the past few years.  It occurred to me this year, as I listened to the various discussions during the meeting, how fortunate I was to have been invited to participate in the ACUA and to have been given the opportunity to get to know this talented group of people. I asked myself, “How did I get here?” 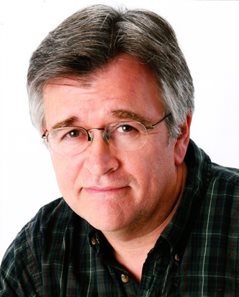 That’s been a recurring question for me over the past few years. Although it’s been nearly two decades, it doesn’t seem like it was all that long ago that I was working in a steel facility in Detroit. I had no involvement in the fields of underwater archaeology or maritime history with no prospects of ever doing so in sight. It was a pretty depressing time for me. I had a MA in underwater archaeology from East Carolina University but my thesis sat on a shelf gathering dust. I think many people feel in those moments that that feeling and that situation will go on forever. Perhaps it could unless we do something that can be quite difficult; we make a change. For me it was volunteering to help others.

After moving to Virginia in 1998 after an old high school friend offered me a job at an Internet company I cast about and found a local avocational diving and archaeology group.  With a new job in a new town and a family to raise I had very little time to spare but I needed to do something so I volunteered to help train sport divers to act as ethical volunteers to help document shipwrecks. I didn’t know it then but that decision would change my life. The changes that came were not immediate but occurred slowly, almost imperceptibly.  Nevertheless, my life did change dramatically.

With each person I interacted with came the potential for new opportunities for collaboration and really that is the key point. When we open ourselves up to giving of our own time and talents we place ourselves in a position to tap into a source of creativity that we didn’t know existed. The early twentieth century self-help guru Napoleon Hill was right when he said “It is literally true that you can succeed best and quickest by helping others to succeed.”  The MUA that I founded in 2004 made that sentiment its mission. Our goal was to offer a place online for researchers who wanted to share their work with the world.

Of the over 300 pages of material on the MUA website I’ve written only about five.  It was never supposed to be about publishing my own material.  In fact, it was seven years before I published anything on the site under my own name.  Two frequent questions I received were, “why are you doing this exactly?” and “what do you get out of this if you’re not getting paid?”  Though I had no idea if I would ever get much in return, I did… and how.

By reaching out to volunteer I helped others succeed which led to meeting new people literally all over the world.  For example, by volunteering to host the proceedings of the Asia Pacific Conference on Underwater Cultural Heritage I’ve met new friends and future collaborators throughout the Pacific and Indian Ocean regions and traveled to Hong Kong and the Philippines.  The ability to tap into this creative and life changing potential is open to all of us as individuals and organizations.  I have no doubt that the investment the conference organizers have made in making the nearly 300 papers presented at their three conferences freely available will result in new collaborations, ideas, and projects that perhaps they will never even know about.  I never ceased to be amazed by this and how power of collaboration and giving applies to all areas of life.

Last year I met one of my political heroes: civil rights activist and congressman John Lewis.  I asked him what message he wanted me to pass on to my new university students down in Savannah, Georgia.  He told me to tell the students that they should learn about the sacrifices people have made in the past for THEIR benefit and to encourage them to do the same for future generations.  I tell my students about that meeting, about how Congressman Lewis didn’t know me but took time out of his busy schedule because I asked for a moment of his time.  I’m attempting to repay that generosity by doing all I can to help my students understand the value of reaching out to help others.

We can see all around us that there is power in numbers.  Kim Faulk’s moving post last month and the growth of the me too movement will hopefully bring about meaningful change.  It’s important to remember that movements start with individuals giving of themselves, putting themselves on the line.  We can learn from that example and this I suppose is the point I’m trying to make: you have an opportunity before you to gain by giving.  Consider reaching out and volunteering your time whether you’re already working professionally in the field or you’re just starting down your career path.  Your life will change and rewards will come to you in ways you can’t imagine, sometimes in very personal ways.

About three years ago I went to an assisted living center where my mother was living to give an archaeology talk to the residents in the hope of entertaining them. At that time my mother’s short term memory was severely limited. Some days she couldn’t remember my name.  How was I paid for that service? Six months later my mother and I were having breakfast together and out of the blue she recalled that talk and said how much she enjoyed it and that she was proud of me.  She couldn’t have told me what she eaten five minutes earlier but she remembered my talk.  I was blown away and deeply touched.

I encourage you now to invest in yourself by giving yourself away.  You’ll never regret it and you set in motion a chain of creative events you could not have imaged.