Friday the 5th of March

By Amanda Evans, Athena Trakadas, Dave Ball, and Antony Firth (organizers), on behalf of the panel The ACUA, the Ocean Decade Heritage Network (ODHN), and the SHA UNESCO Committee organized a panel discussion[i] at the Society …

The ACUA Wants You: A Call for Nominees!   As we all know, the past year has been supremely challenging. For many, it has also been a time of significant reflection – on life and death, on … 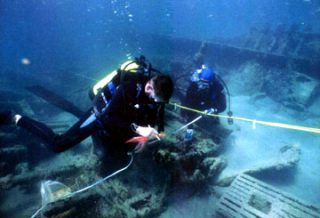 Covering nearly three-quarters of Earth’s surface, water is the source of all life on our planet. Water-borne transportation has allowed exploration of much of the globe and facilitated the rise and fall of great empires. Beneath the surface of our oceans, lakes, rivers, and wetlands lies a physical record of humankind preserved in prehistoric and historic shorelines, shipwrecks, inundated cities, harbor works, and other traces of our past. 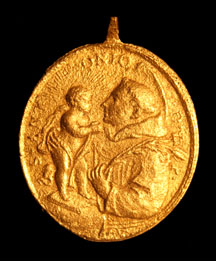 Archaeology is the scientific study of the human past through the investigation of artifacts (the physical remains of material culture), structures, the use of animals and plants, and human remains. Its goal is greater knowledge about past human cultures and behavior. Underwater archaeology carries these studies into a specialized environment, one containing numerous challenges and rewards for archaeological investigators.

The majority of underwater archaeologists specialize in the study of nautical archaeology: the study of the construction and operation of all types of prehistoric and historic watercraft. For these specialists, shipwrecks are the focus of research, many of which (but by no means all) may be found underwater. 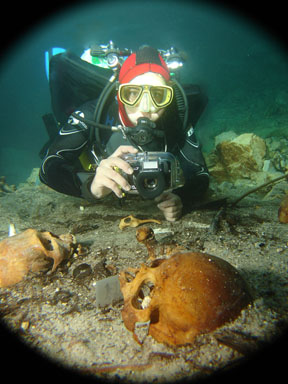 Other types of sites in the underwater archaeologists’ domain include: ancient land sites inundated after the last ice age; sinkholes or bogs where people placed offerings or buried their dead; cities and harbors now submerged by sea level change or earthquake; and dwelling, agricultural, and industrial sites along rivers, bays, and lakes. Underwater archaeologists extensively use historical records such as ships’ plans, logs, and manifests; explorers’ accounts; old maps; and legal, business, and tax records. They also study long-term geologic changes to locate submerged sites.