Wednesday the 20th of January

By Roberto Junco
ACUA Board Member

Underwater archaeologists of the National Institute of Anthropology and History (INAH) have confirmed the identity of a historic ship sunk in combat 105 years ago, the wreck of the gunner Tampico, participant of the first air to sea battle in history. Although not well known, the Mexican Revolution (1910-1921) was also fought at sea. 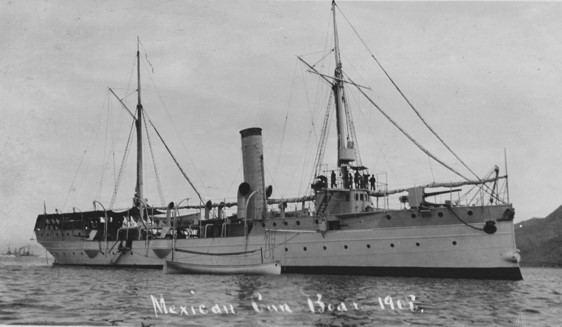 Archaeologists from the Underwater Archeology Office (SAS) of INAH, working with Mexican Navy personnel, located this ‘tomb of war’ during the first of two field sessions, held from March 30 to April 2, 2019. Using the Mexican Navy’s Oceanographic Research Vessel Río Tecolutla, the team obtained three-dimensional images of the seabed using multibeam sonar. The sonar revealed the presence of an anomaly that corresponded to the dimensions of the revolutionary gunner, at 60m long x 10m breadth. 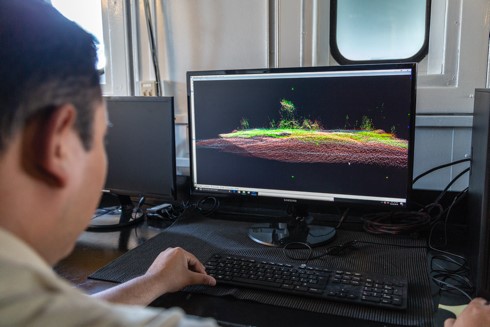 Guided by the Navy side scan sonar, the team returned to the site on September 8, 2019 and made two 40-meter dives that confirmed the identity of Tampico. In this first visit to the site, 105 years after its last sighting, the ship is in a considerable state of deterioration. In future dives, a 3D model will be developed to help monitor the wreck. 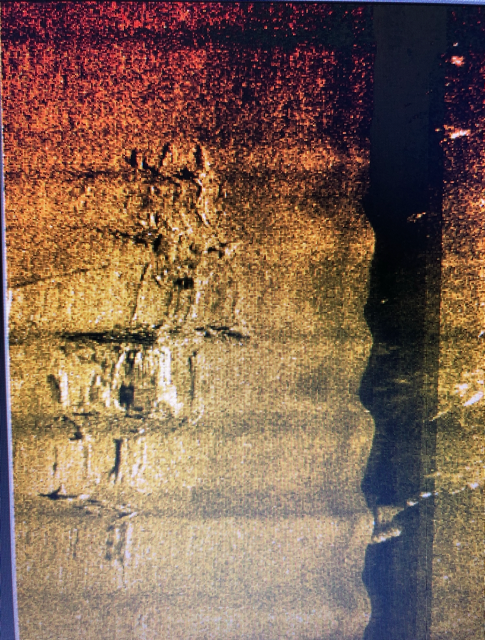 Both the Tampico and its enemy, the gunner-transport Guerrero, the former built in the shipyards of New Jersey, USA, and the latter in Liverpool, England, were part of a project by Bernardo Reyes, Minister of War and Navy, who in the early twentieth century modernized the naval fleet of Mexico. In 1913, when Victoriano Huerta rose to power after deposing President Francisco I. Madero, a large part of the federal forces remained faithful to him, which included the fleet of gunner and gunner-transports; the latter, with greater military capacity.

On February 22, 1914, Hilario Rodríguez Malpica, the first lieutenant on Tampico,  led a rebellion in Guaymas, Sonora, and with other officers imprisoned the ship’s captain. After releasing those who did not support the revolutionary cause, the new captain went to Topolobampo, then controlled by revolutionary General Venustiano Carranza’s troops. The central government ordered punishment for the rebels and on March 3, Guerrero began a blockade of the port. A day later, Guerrero opened fire on Tampico.

A second encounter occurred on March 13, when Tampico tried to leave Topolobampo. The attacks resumed on March 31; the federal forces had placed two obsolete ships (Democrata and Oaxaca) to hinder the eventual flight of the revolutionaries. From March 31 until April 22, intermittent fire continued between Guerrero and Tampico, with an almost fatal blow to the latter.  If it had not been for the help of the biplane Sonora, from which hand bombs were thrown that failed to damage, but scared away Guerrero, the outcome may have been different. Because of the help from Sonora, Guerrero, Oaxaca, and Democrata, were forced to return to the port of Guaymas. From April 22 to June 10, everything possible was done to refloat Tampico. The ship finally left on June 14, for Mazatlan where repairs could continue on one of its two damaged boilers. Some 30 nautical miles out, the working boiler also failed leaving the ship adrift.

Two US destroyers, USS Preble and USS Perry, witnessed the battle; their records were key to determining the survey area. Captain Rodríguez Malpica requested help from USS Preble, but it was denied for neutrality reasons. Motionless, the men on Tampico spotted Guerrero at 05:00 on June 16, 1914, and following not far behind, USS New Orleans. 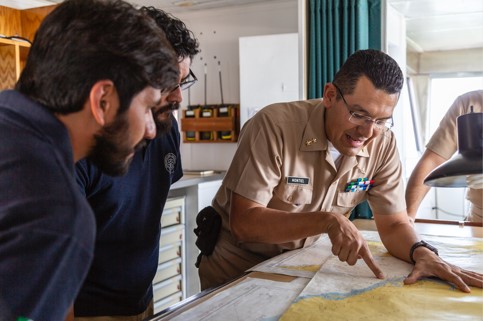 At 07:48, Guerrero began firing. Unlike Tampico, the ship could move to avoid incoming fire. During the battle, a fire started on Tampico and at 09:50, captain Malpica gave orders to leave the ship and open its bottom valves to take it to the seabed. Boarding the lifeboats, the men tried to reach land, but were intercepted by Guerrero. It was in that extreme situation that Hilario Rodríguez Malpica took his gun, and pulled the trigger.

After the sinking, Guerrero, USS Preble, USS Perry, and USS New Orleans lowered their flags to half-mast in honor of the “Captain de Ship”, Rodriguez Malpica and his fallen men. Finding Tampico is the first step to investigate and make visible an important but overlooked episode of the Mexican Revolution. The story is just beginning. 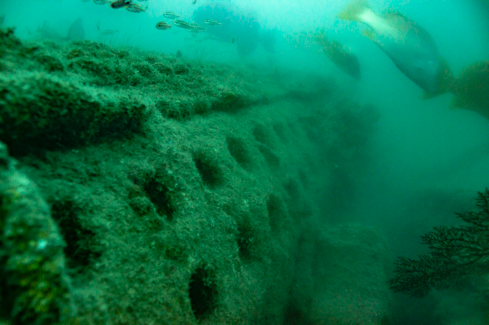 View of a portion of Tampico’s engine. Photo courtesy INAH.