Prehistoric sites underwater are not new, in fact they are much older than shipwrecks and many other types of underwater archaeological sites. While scholars have been investigating “Submerged Prehistory” for several decades – research concerning these sites has ramped up exponentially in the last 10 years. Taking North America as an example, prehistoric sites have been found underwater off both the Pacific and Atlantic coasts, as well as many large inland lakes, rivers, sinkholes, and marshes. With the acknowledgement that sea level rise and other water level fluctuations over millennia have exposed, and then submerged large areas of land where prehistoric peoples were living – new sites are being discovered and explored every year.

My own research takes place on land and underwater and for the last several years I have worked with an interdisciplinary team exploring a 9,000 year old prehistoric landscape that is 80-120 feet underwater in Lake Huron, one of the North American Great Lakes. At the end of the last ice age, glaciers were slowly retreating and carving out the Great Lakes. Starting 12,000 years ago, some of this frigid melt water flowed in the basins and created the first lakes. This early stage is called Lake Algonquin, and lake levels were much higher than they are today, creating a very large glacial lake. By 9,000 years ago, drainages had changed and more water was flowing out of the Great Lakes. This process, compounded by glacial isostatic rebound (where the land rises after the weight of the glaciers is gone), resulted in lakes that were much lower than today – creating large, new, dry areas of land for prehistoric peoples to live on. This later stage is called Lake Stanley, and during this time in Lake Huron, a large land bridge would have been dry connecting modern day Michigan to Ontario. This ridge provided an ideal corridor for ancient caribou migrations. From conducting underwater archaeology on this ridge, our team has discovered hunting blinds and other structures as well as stone tools and bone – evidence of prehistoric hunters targeting these caribou.

More recently, beginning with my dissertation work in 2016 and continuing this past summer, we have used Autonomous Underwater Vehicles (AUVs) to map this prehistoric landscape and get high resolution sonar images of these hunting sites. Using AUVs has been transformative as they are not tethered to a boat (like traditional side scan) but instead dive below the surface unhindered. This allows the sonar to be much closer to the bottom (5 meters in our study) and the closer you are – the better the images. Sonar recovered from the AUV as well as GoPro still photographs taken every 1 second have found new sites and the sonar maps generated allow us to see how different types of hunting features were used together across the landscape. 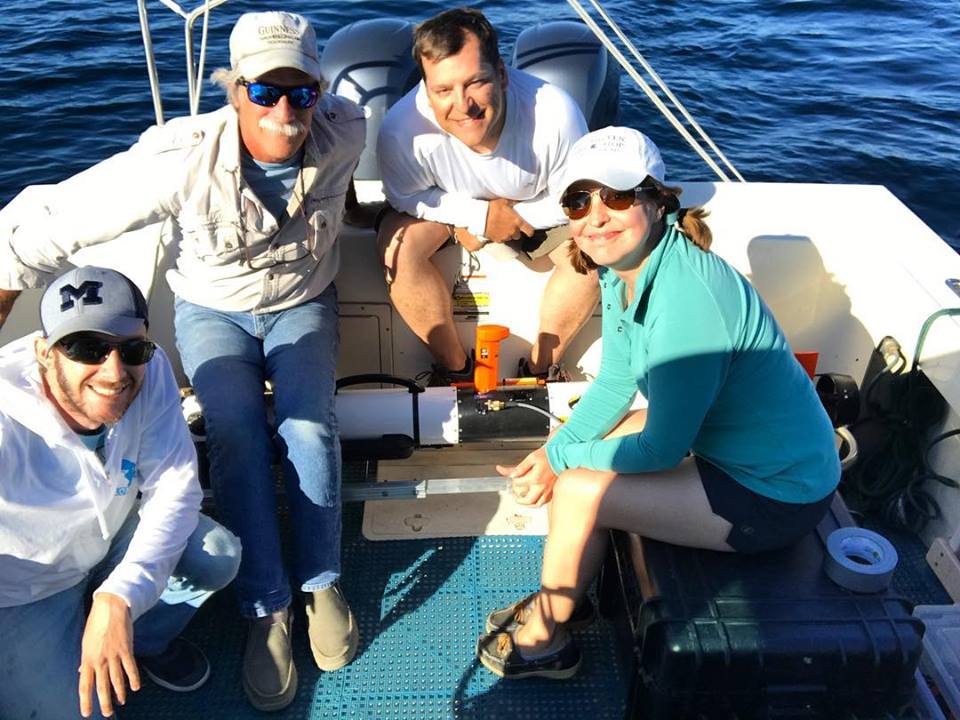 While prehistoric sites aren’t new – our methods for investigating them are. We use technology and adapt it in new ways to explore these ancient sites. Using sonar and AUVs is a non-destructive method for finding and mapping archaeological sites underwater, and they allow us to preserve these unique features exactly where they were left by the peoples who made them 9,000 years ago.