Deep Thoughts » The More We Change, the More We Stay the Same

The 50th anniversary of the ACUA passed last year, and the new ACUA Chair Kim Faulk has asked a number of individuals, including several past ACUA Chairs, to contribute blogs to the Deep Thoughts series to celebrate this milestone and to reflect on what the ACUA has meant, and continues to mean, to each of us. As I think about the genesis of the ACUA more than 50 years ago, it is impressive to consider how much the council has changed, and yet how much it has stayed the same. Organizations like the ACUA, after all, which turn over their membership on a regular basis, are like the cultures that we as anthropologists study as a profession –never static and constantly evolving as each new board creates its own priorities and embraces its own personality. Like our culture as a whole, the ACUA is subject to gradual change over time, but its great strength includes the powerful threads of continuity woven into its fabric.

The ACUA began in 1959 as the Council on Underwater Archaeology, which organized an international Conference on Underwater Archaeology (CUA) in 1963. That auspicious beginning eventually led to two more bi-annual conferences in 1965 and 1967. In 1970, the first papers on underwater archaeology were given at the relatively new Society for Historical Archaeology (SHA) conference, which had been formed in 1967. By 1973, the ACUA was established in its present form and conference organizers soon formally merged the SHA and CUA conferences. In 2003, after more than 30 years of co-existence, ACUA Chair Bob Neyland and SHA President Julia King signed a formal Memorandum of Agreement (MOA), which finally articulated in writing the relationship between the two separately incorporated, but affiliated, not-for-profit organizations. 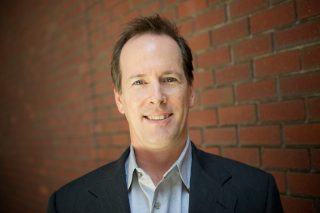 From my perspective, the ACUA’s two-fold internal and external missions are one of the organization’s strongest threads of continuity. First, in its internal role as formalized in the 2003 MOA with the SHA (but dating to the early 1970s), the ACUA holds concurrent annual meetings with the SHA and the two organizations cooperate in the conference’s organization through appointment of an Underwater Program Chair, who the SHA appoints in consultation with the ACUA. In addition, the ACUA and the SHA provide mutual support to promote archaeological preservation and the ACUA advises the SHA Board on underwater archaeological matters. The SHA supports the ACUA in conducting its elections, although the ACUA independently nominates its own candidates. Finally, the ACUA actively organizes events at the annual Conference on Historical and Underwater Archaeology that are focused on issues specific to underwater archaeology, and the ACUA publishes the Underwater Proceedings from the conferences. This aspect of the ACUA mission might be regarded as an “internal” role, working collaboratively with the SHA to promote the interests of underwater archaeology within the society and ensuring that it is equally represented at the annual conference. To my delight, this goal seems to require less and less effort each year, and in general the SHA Board needs little convincing that underwater archaeology should be given as much consideration at the annual conference as its terrestrial sibling.

The second facet of the ACUA mission, which remains constant since the organization’s inception, is what I consider to be an external role: the ACUA advocates for submerged cultural resources, and works to promote the preservation of underwater cultural heritage worldwide. In this role, the ACUA serves as an international advisory body on issues relating to underwater archaeology, conservation, and submerged cultural resources management. It works to educate scholars, governments, sport divers, and the general public about underwater archaeology and the preservation of underwater cultural heritage. This means responding to a wide variety of issues with lobbying, letters, and educational campaigns through our web page, brochures, publications, and other initiatives. In this regard, the ACUA is an international organization, and it therefore seeks a broadly international board, with board members representing public, private, and academic organizations worldwide. Our external role involves a combination of both reactive and proactive actions: reacting to situations that (either intentionally or unintentionally) blur the lines between archaeology and commercial treasure salvage, and proactively working on educational initiatives that attempt to make the distinction between the two clear. One of my greatest frustrations as ACUA Chair was the constant barrage of circumstances that forced the ACUA into reactive, defensive postures, which made it challenging for an all-volunteer board to focus on the proactive initiatives we really wanted to work on, such as building an effective web page, developing a professional workshop, or creating an ethics tool-kit for media outlets. Nonetheless, through the tireless efforts of elected board members, appointed associate members, and emeritus members, the ACUA continues to act as a focal point for efforts at preserving underwater cultural patrimony through education, while constantly being on the lookout for threats.

The ACUA’s main goals have remained largely unchanged over its 50 year history, but that is not to suggest the organization itself has remained static. Far from it, I would argue, and that is not a bad thing. Incremental changes have lead the ACUA to evolve from a small group of self-appointed underwater archaeologists who gathered to exchange ideas, discuss preservation efforts, and promote the discipline, into an internationally recognized non-governmental organization that that works with UNESCO and ICOMOS to support full implementation of a major international treaty, and whose chair has a permanent seat on the SHA Board of Directors. The ACUA has matured over the decades as part of a natural progression.

Finally, perhaps the strongest thread of continuity that has run through the ACUA for the past 50 years, and which is not subject to change (gradual or otherwise) is a dedication to strong ethical principles and a steadfast opposition to commercial exploitation of underwater cultural heritage. This has been one of the guiding principles of scientific archaeology for well over a century, and it cannot be altered without fundamentally changing the discipline itself. Our ethical principles, which are reflected in the by-laws of nearly every professional archaeological society or organization on the planet and shared by the vast majority of practicing archaeologists worldwide, guide nearly every action or decision undertaken by the ACUA and have been our organization’s foundation for more than a half century. These principles are shared by our partners in the SHA, and together we continue to steadfastly defend them.