Monday the 27th of January

The Power of Vision and Leadership
By Kim Faulk, ACUA Chair (ex-officio)

The New Year coincided with two moments that represent the future: the celebration of the Society for Historical Archaeology’s 50th anniversary, and the election of the new ACUA Chair, Marco Meniketti.  These two events illustrate the power of vision and leadership – after more than 50 years both the ACUA and the SHA continue to fill needs within archaeology that cannot be met elsewhere.  The ACUA, and its predecessor organization the Council on Underwater Archaeology, now in its 59th year, remains a strong, vibrant organization that serves our underwater colleagues around the globe.  The remarkable thing about handing over the reins of such an incredible organization is the view I have of the wide open future ahead of the new Board.

Like any organization that routinely turns over its membership and its leadership, the ACUA’s course varies slightly from year to year, but its bearing remains constant.  During the early years, the ACUA found itself embroiled time and again in efforts to hold the line against the exploitation and salvage of underwater cultural heritage (UCH) for profit.  In many ways, the ACUA’s work to promote ethics and protect UCH remains central to its focus, but many other roles now link to the ACUA’s mission, which include:

The ACUA, however, is only as strong as the members who support it and volunteer their time.  The work of the Board is both personally rewarding and globally important.  As I end my elected tenure on the Board my hope is that new members within the underwater archaeological community will lend their support, time, hands, and efforts to both the ACUA and the new Chair.  If you have a desire to serve the underwater community, or a desire to work for proactive change and the protection of underwater cultural heritage, now is the time to volunteer to become a member of the ACUA.  After all, it takes volunteers like you, willing to dedicate four years of time to the Board for the good of the field to keep us all moving forward. 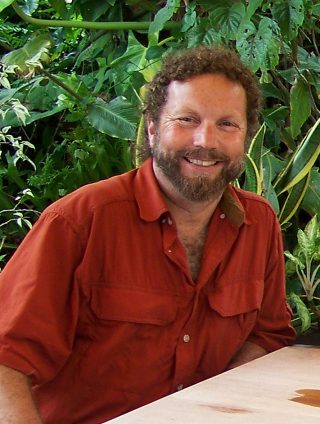 The 2017 SHA Conference on Historical and Underwater Archaeology was a success as measured by strong underwater/maritime presentations constituting approximately 21% of the program. In addition, the 2017 Advisory Council on Underwater Archaeology photo competition had exceptional interest and participation this year, and the event continues in its role as a landmark event of the conference.  These are all positive trends that must be nurtured.

Over the past year the ACUA board tackled several topics from an ambitious agenda that included serving as a counterpoint to commercial wreck salvers, maintaining relevance in the shifting historic preservation landscape, and expanding publication access. Going forward, the ACUA must proactively address additional critical issues; namely broader visibility for the ACUA and its mission, continuing to have a voice within UNESCO, and finding a means of encouraging students and young professionals to become active proponents of cultural resource protection.

The new year brought with it harsh realities and stark new challenges, which the ACUA and SHA must confront in a measured but forceful way, not the least of which is countering the attacks on heritage preservation represented by anticipated deregulation–which may encourage commercial exploitation of historic sites–and proposed cuts to NEA and NEH.  We might also expect significant restrictions on NOAA with associated impacts on its effectiveness and role in heritage preservation.  It will necessary to be proactive, not reactive, and be at the forefront on the issues we all hold dear.

As important at the work of the ACUA has been, it will be necessary to be increasingly vigilant in its efforts to uphold and promote ethical practices and to increase our visibility while demonstrating to the public the merits of cultural resource protections, be they on land or underwater.

As incoming chair I will be focusing on expanding our media presence and working to maintain the ACUA’s role as an advocate for cultural resource protections, and to maintain strong continuity with the issues the ACUA has identified as priorities. I am fortunate to have a strong Board and the guidance of outgoing Chair, Kim Falk, whose strong leadership and service has been an inspiration.