Deep Thoughts » On Service: Are There Benefits in Being a Volunteer?

With the benefit of hindsight I look back on my time serving for two terms on the ACUA with some fondness. You tend to forget the (very) long flights from Australia sometimes twice a year, the (very) lengthy meetings and the (sometimes) difficult internal politics of the organizations. Unfortunately by the early 2000s relations between ACUA and SHA were at a low-ebb for a variety of reasons including some problems with the SHA headquarters administration and financial cutbacks that had resulted in the cancellation of the ACUA proceedings in 1999. As a result there were suggestions that we should sever the links between ACUA and SHA and run separate organizations and conferences.

Personally I thought that idea had some serious problems, based on my experiences in Australia where the local equivalents of SHA and ACUA (ASHA and AIMA) are two separate organizations but in many respects they are really too small to be effective. Fortunately we managed to avoid that particular scenario with a Memorandum of Agreement (MUA) between SHA and ACUA that was signed in 2003.

So as ACUA Chair (2004-6) I inherited, and subsequently continued, a reform agenda that had already made good progress under my predecessor as ACUA Chair, Bob Neyland. ACUA had managed to establish regular elections and term limits that had been problems in the 1990s but it still needed to develop procedures like the Articles of Incorporation for ACUA (2006) and policies such as the ACUA Non-discrimination Policy (2006). At that time ACUA was also working to re-establish the ACUA proceedings that were first published again in 2007 and at the same time stepping into the digital age by introducing an electronic version of the proceedings. 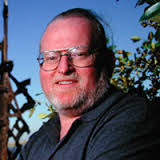 As the first Australian to be elected to ACUA (2000-2007), to serve as Deputy Chair (2001-2003) and then as Chair (2004-6) I thought that it was part of my role to encourage a diverse range of people including students, women and non-North Americans to stand for election and to serve on ACUA and it is service that I want to spend the rest of this blog talking about. Disciplines like Underwater and Maritime Archaeology always depends on service by the members of the discipline to run the organizations and conferences, edit the journals and generally do all the things for which there never seems to be enough (or sometimes any) money or “work-time”. Many, but sadly not all, underwater archaeologists volunteer part of their time to keep Non-Government Organizations (NGOs) like ACUA going and, hopefully, moving forward. We all tend to start out our careers as volunteers often when we are students with plenty of enthusiasm but not much knowledge (I know I did) partly because it helps us to learn just how the discipline (rather than the individual workplace) operates. There is, of course, a fine line between being a volunteer and being exploited particularly when you are starting out so it up to you to decide how much volunteer work you are prepared to do.

Both ACUA and SHA have student representation and students are encouraged to become involved in the organizations in a variety of ways, particularly at conference time. ACUA, for example, has two Graduate Student Associate Members who serve for two years and they provide the ACUA with direct links into the student community. My advice to students was to always take advantage of the opportunities for service that were available and to think of service as an investment in their career. Furthermore, while service is a responsibility and takes up some of your valuable time, it will often pay dividends for the individual over the longer term. Certainly I have met a lot of people, made some good friends and been to some amazing places, at least in part, as a result of being a volunteer and through, or as a result of my service, to organizations like ACUA.

For many people involved in the heritage-related arena such as underwater archaeology, their work may be their job but it can also be seen as a “vocation” or a calling that represents a commitment beyond just turning up to work from 9 to 5. Nevertheless it is always fraught with danger to suggest that it is part of an individual’s “duty” to a discipline to volunteer and to serve in one form or another. People have very different opinions about what their work/life balance should be and how much time and effort one should put in to anything unless they are paid to do so. For some “selfless service” performed without any expectation of result or award is sufficient in itself – good on them!

That said you only get back from life, or from your involvement in a discipline, what you put into it. So for the rest of us, my own experience suggests that service and volunteering your time to help improve, or simply sustain, the discipline can result in a range of personal, and sometime career, opportunities. You might as well accept that service will cost you, sometimes in financial terms but always in time, but hopefully it will also pay dividends, sometimes personally and perhaps also for the discipline. Hopefully service will provide an opportunity for you to leave a lasting mark on the discipline and, if not, then it might take you to places that you may never have expected to go. In my case, visits to places as diverse as the Solomon Islands, Colombia and Taiwan.