It is hard to turn on the news, pull up your news feed, or listen to the radio without confronting yet another story about sexual harassment. Unfortunately the recent coverage only underlines what many women have known for years – that it is bigger than one incident, more pervasive than a single discipline or part of the country, and destructive to women at all levels of their career. This is a watershed moment. Drawing from strength in numbers, victims give courage to the rest of us to speak up, to change our own behaviors, and to support our friends and colleagues. 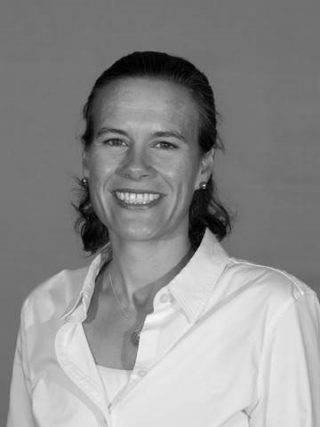 The ACUA crafted a policy on Harassment and Intimidation several years ago in response to a study published in PLOS One on the incidence of self-reported harassment in the field sciences. (The Society for Historical Archaeology endorsed the ACUA policy and issued their own very shortly thereafter.)  Reaction was split along gender lines. Many of the women on the ACUA were unsurprised by the findings – for us this was simply part of being in field sciences or a woman in the workforce. Our male members, however, were shocked by the prevalence of the reports and the fact that the women saw this as “normal”. One member in particular was horrified that his female colleagues and friends had experienced this behavior long enough to consider it “normal”.  His response struck me most pointedly.  He believed it was unacceptable for his female colleagues to be treated as second-class citizens.  Meanwhile, the women around the table had, as I had, accepted that some level of “thick skin” was necessary to ignore harassment so that we could do our job. Like most women, we believed that our deeds and knowledge mattered more than any harassment.  We believed that if we worked harder, did not complain, and were excellent at our jobs, we would ultimately win.  While I still believe all of those things are absolutely critical, they overlook one necessary component – courage.

Women who speak out about being sexually harassed are still rightly afraid of being labeled as “that” woman. The one you do not want on your project or staff because she “can’t take a joke”, or because she “isn’t a team player”, or “her feelings get hurt too easily”. How do I know? Because until very recently I could not think of anything more likely to damage my career than speaking out about sexual harassment.

Yet, at conferences and student presentations, I would counsel young women on which projects or men to avoid. Just as so many of my mentors had done for me.

I would share my stories with a very few chosen friends in hushed tones so that no one would think I was a whiner or incapable of doing my job.

Then I realized the message I was sending was that I was ashamed of someone else’s inappropriate behavior towards me. I was not protecting those who were following in my footsteps; I was quietly condoning the behavior that had convinced me I was somehow responsible.

As the Ex-Officio Chair of the ACUA, and a professional in my chosen field, I have a responsibility to speak out about sexual harassment – what it is, what it does, and how it impacts our field. We are at a remarkable point in the field of marine archaeology – we have more women entering the field than ever before, and we have more female students attending programs than ever before.  For example, Texas A & M University’s Nautical Archaeology 2016 MS program cohort was all women!  It is time for all of us to speak up.  We have a responsibility to the students and young professionals coming behind us to make the field better for everyone.

Sexual harassment does not just harm the person to whom it is focused –it harms everyone who witnesses it.  If we truly believe that archaeology is about understanding humanity, then we must actively work to maintain a diverse and inclusive field.  A field that provides a rich tapestry of experiences, paradigms, and understandings from which we can draw our conclusions.

We cannot allow sexual harassment to drive bright scientists from the field. We cannot silently condone the behavior because we are afraid to be branded a “problem”. We cannot allow our colleagues to believe it is okay to demean or threaten anyone.  There will always be give and take on a team, but it must always come with respect.

We must work together if we want a field where all views are represented and we are able to do the best science possible. No one should have to “just deal with” harassment. It is up to all of us to set an example and speak up. It is crucial for those of us who are mentors, team leaders, and established professionals to speak up for those who cannot.

If you see someone being harassed, in any form, you have a choice. You can choose to be the voice of integrity and speak up – or you can choose to condone the behavior by doing nothing.

As part of our ongoing efforts to ensure that archaeology is a safe space for all of our colleagues the ACUA is embarking on several new initiatives in 2018, in which I strongly encourage you to participate.  First, we completed our first ever ACUA mentoring pilot program during the New Orleans conference.  This program, while in its early stages, aims to provide a space for our younger colleagues to find a mentor, and a circle of support as they begin their careers.  Look for the continuation of this program later this fall in anticipation of the St. Charles conference.

Second, we will be sharing resources that can be used in the event you find yourself questioning whether what you are experiencing is harassment and what you can do about it – look for this in part of two of this blog this winter. Third, we are working internally and externally within SHA to identify ways we can effect meaningful change whether through workshops, symposiums, or other venues. If you have ideas please let us know by emailing us at info@acuaonline.org

I encourage everyone to review the ACUA policy and statement on Harassment and Intimidation. It is time to bring all voices to the table and become the field we want to be – an example of what happens when all voices are heard and all people are respected for their skills and knowledge.