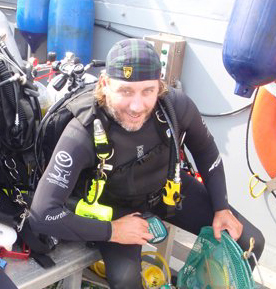 The first meeting that I participated in of the Advisory Council on Underwater Archaeology (ACUA) was at the 2008 SHA Conference on Historical and Underwater Archaeology, held in Albuquerque, NM. Looking back over the last ten years, I am amazed, first at how quickly the time has passed, and more importantly, how much the Council has accomplished.

ACUA has a long history of advocacy, which dates back to its formation as the Council of Underwater Archaeology in 1959 (see George Fischer’s 1993 retrospective). The Council often writes advocacy letters, either in support of or opposition to issues related to underwater cultural heritage. Yet letter writing is only a small part of ACUA’s efforts. A few of the major accomplishments from the last ten years are highlighted below:

There is not enough space here to tick off the many other accomplishments that ACUA has achieved over the last ten years. However, before I close, I think it is important to mention the newly established ACUA Mentorship Program that will debut at the 2018 SHA Conference next month, read more about it here!

My time on the Board has seen many changes in how ACUA interacts with our colleagues in underwater archaeology and the advocacy role we play on a global scale.  Yet, the goals of the ACUA have changed very little. It has been an honor and a pleasure to serve with so many talented people and to be part of an organization that is contributing so much to the field.